The Most Trusted Mortgage Broker in New York

Patrick B. Niland is the Founder and President of First Funding of New York, LLC, a mortgage brokerage firm that specializes in underlying mortgage loans, credit lines, capital improvement loans, and other financing for cooperatives and condominiums throughout the greater New York metropolitan area.

Mr. Niland has over 45 years of diversified real estate and finance experience.  He has been a sponsor's representative during a conversion, a property manager, a banker, and president of his own cooperative's board of directors.  This varied background gives him a thorough understanding of the financing process and how it affects a cooperative or condominium.  Since 1987, Mr. Niland has focused on arranging cost-effective permanent mortgage, renovation, and credit line financing for cooperative and condominium apartment buildings.  Every transaction receives his personal attention from start to closing.

Prior to founding First Funding, Mr. Niland was a project manager for several real estate developments in New York.  His projects included the renovation and cooperative conversions of an 11-story building on the Upper East Side and a 116-unit garden apartment complex in Scarsdale, as well as the construction of a new 18-story mixed-use condominium on Madison Avenue and a new 28-story, 750,000 square foot office tower on Fifth Avenue in Midtown.  He also managed, on behalf of various investor groups, an 80,000 square foot office park plus over 500,000 square feet of retail space in three suburban shopping centers.  Earlier in his career, Mr. Niland was a financial analyst in the Treasurers Department of Exxon Corporation, where he was a member of the finance team for the Trans Alaska Pipeline; later, he was a budget analyst in the Real Estate Division of W.R. Grace & Co.

Mr. Niland holds both a BSE in Industrial Engineering and an MBA in Finance (with distinction) from the University of Michigan.  Between his degree programs, he served three years in the Peace Corps as a small business consultant in Bogotá, Colombia, South America.  Mr. Niland is a Licensed Real Estate Broker and a Certified Real Estate Appraiser.  He also is a Professional Subscriber of the Council of New York Cooperatives and Condominiums and was Co-Chairman of the Finance Committee of the Queens Co-op/Condo Task Force created by former Borough President Claire Shulman.

Mr. Niland is the author of Mortgage Words and The Cooperative Refinancing Handbook.  He has been a regular contributor of articles on the financing process to HABITAT and The Cooperator magazines and has often been quoted in the New York Times and other area publications.  Mr. Niland has lectured frequently, appeared on several cable television programs, and served on a variety of committees and organizations devoted to the cooperative form of housing. 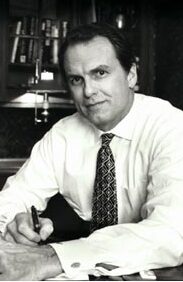